The Village Players amateur dramatic group owes its existence to Angie Lang for it was thanks to her vision that the first pantomime was produced at the Dunn Village Hall in Rushlake Green 1992. Having “recruited” Anita Gunn and Jimi Jervis Read to the team, the enthusiasm and creative skills of these three ladies ensured that the pantomime was a great success and this led to the formation of ‘The Village Pantomime Players’ later that year. Under the leadership of Angie, and then Anita, the group went on to produce a wide variety of plays, comedies, pantomimes, variety shows and musicals. Sadly, Angie lost her courageous battle against cancer in September 2009 but her legacy lives on.

In 2003 the name of the group was changed to The Village Players to reflect the group’s commitment to providing the village and its surrounding areas with a wide variety of entertainment. Over the years several innovative developments have taken place with a number of performances being in a Café Theatre style while others have been performed in the round. In addition to modern comedies, the group has presented plays by a variety of playwrights including JB Priestly, Oscar Wilde and Noel Coward as well as classics like ‘The Ghost Train’. In 2010 Shakespeare ‘A Midsummer Night’s Dream’ was performed as an open air production on the green itself.  Two further open-air productions were performed on the green in 2013 and 2017.

As a group The Village Players are keen to develop the talents and interests of its members, both young and old, and from time to time workshops have been organised, covering many aspects of staging a production.

In 2019, the Village Players was granted charity status by successfully becoming a Charitable Incorporated Organisation (CIO). Now, fast approaching our 30th year, the Village Players has a flourishing membership and enjoys the tremendous support of the local community. 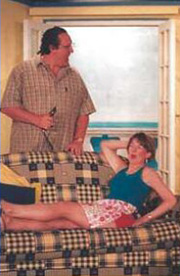 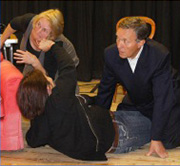 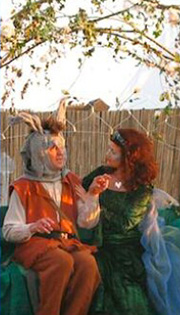